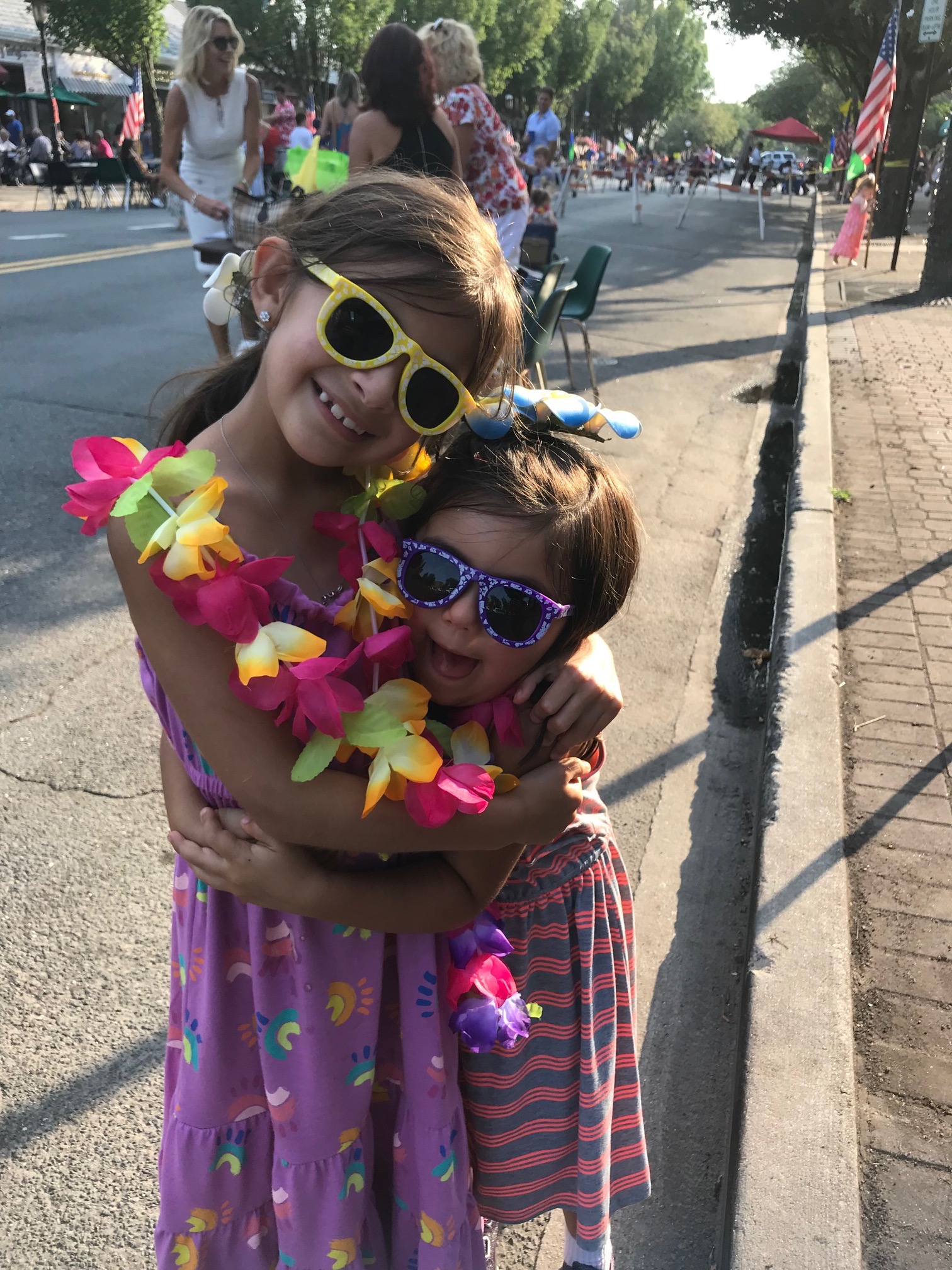 As of late I have been struggling to write meaningful things to you and because of that I have let a couple of months go without posting anything. And then today watching you together walking across Seventh Street after spending a few days apart (you went for a visit with your cousins) from you and your mother I realized that I forgot the most important lesson when it comes to you both, which is that there are no little things. So for me, I thought I would write about what my life was like for the last three days without you two.

So going back to Tuesday morning when I woke up Mommy was already steadily packing the car with two bags of clothes and about five bags of dolls, two bikes and three hermit crabs. I was able to hug you guys and see you off which was great. And in my head I figured that with a ton of deadlines this week it would be an opportunity to throw myself into work and clear my plate for when you returned on Friday. I also realized you both having just been at school it wasn’t out of the ordinary to be without your presence each day.

That all said, it was the weirdest thing, within the first hour it was like the buzz that I always feel in the house just stopped and it was almost like the moment after a movie has ended and you think “what now?”. I did have a mountain of work to do so I grabbed my laptop and a two liter of Diet Pepsi and headed out to the porch to my favorite Cracker Barrel rocker.

In full transparency I’m a dude so there was some upside to those days. I finally got around to seeing Avengers Endgame, I camped out and worked from the dining room (treating it like my bedroom), instead of throwing garbage out I put it in the refrigerator so it would keep longer, I had “Game of Thrones” on every waking hour, I ate Chinese food (which your mom hates) every night and I slept in like a teenager.

So on a paper the entire three days was a win…but it wasn’t.

To my surprise I missed being woken up by Hannah at 6 am to make her (microwavable) pancakes, and Sophie sitting on my passed out carcass on the couch glued to my iPad. I missed the five outfit changes a day, the endless loop of Disney Junior and Hannah’s collection of LOL dolls strewn all over the house. I missed secretly watching Netflix with two munchkins that hate to go to bed on time and then sneaking them shaved cucumbers at 11 PM. I missed getting Panera with my girls, going to TCBY and depleting my bank account and even the constant din of Kidz Bop on the radio. I think the only thing I didn’t miss was the fact that you both do not flush the toilet (seriously what’s up with that?) although I did get a little misty when I realized the dookie I found on day three belonged to one of you.

So in all I missed having my life blown up and replaced with the insanity that comes with having a house overrun with two amazing, beautiful, sweet little girls with a healthy streak of anarchy running through them.

I thank God everyday I never became that unencumbered single guy who thought he had everything and missed out on all of the best things in life that come with you maniacs.