Dear Hannah, on your ninth birthday…. 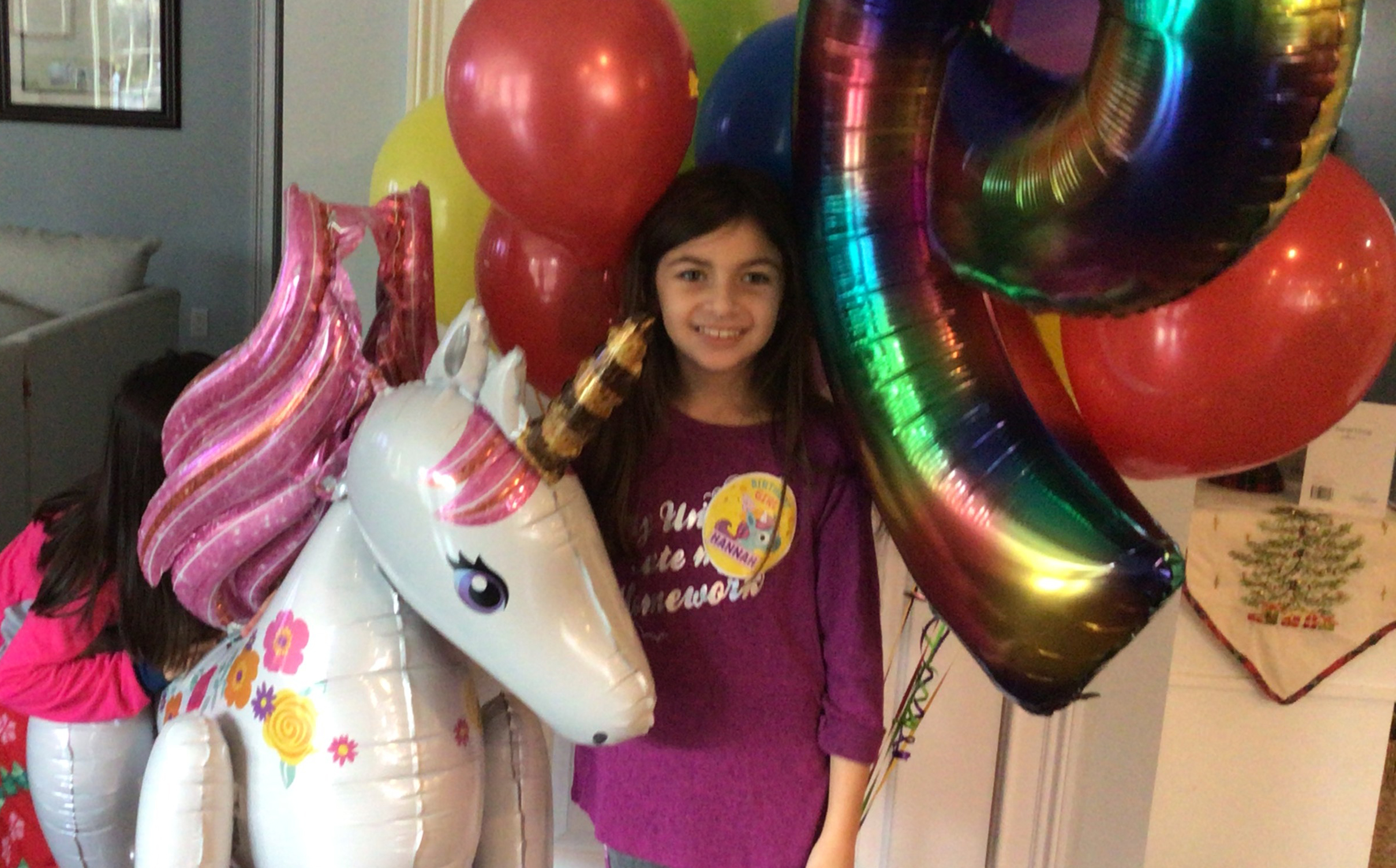 How is it that you are now nine years old?

It feels like yesterday you were a little nugget in my arms home from the hospital. Watching you grow up has been the thrill of my life but somehow this year I’ve suddenly been hit with this realization that it’s happening way too fast and I wish I could just slow down time and have these years with you for as long as I can hold them.

Even though you’re just nine I can already see the teenager inside of you breaking out. You’ve gone from cartoons to teen sitcoms in a blink of an eye. You have a better sense of what music is popular than I ever will and somehow you blow me away when it comes to filming videos on your own. Just two nights ago I caught you mixing dance moves to Demi Lovato as you were creating your latest music jam. My parents embarrassed the piss out of me when it came to that stuff, so I’m keeping I know that secret, at least until you read this note.

Anyway, some thoughts on the past twelve months… Earlier in March we somehow had a freaking global pandemic and had to immediately go into quarantine. I am sure you remember COVID-19 and what it was like to have to stay home for three months, wear masks everywhere and be careful indoors. I am sorry that you had to go through this, although oddly enough you kids are resilient and have handled this a hell of a lot better than us adults. On one end we had people so panicked they were hoarding toilet paper and on the other end, folks paranoid that the whole thing was a political conspiracy. But for you kids, you’ve all somehow just rolled with it like champs and have shown the grown-up babies what perseverance really looks like.

What else can I tell you?

This year more than any other I feel like you’ve grown up the most. It’s been bittersweet because you’ve made the full conversion to team ‘Mommy’ from Daddy’s camp, but at the same time you’re becoming a young woman and you couldn’t have a better role model than her. I also kind of embarrass the hell out of you in front of your friends, which is something I am afraid you’re gonna’ have to get used to.

Your absolute best friend in the world remains your sister Sophie. She looks up to you so much and just adores you…and you her. So much so, that just recently, you both convinced us to get you and her a bunk bed so she can be with you every night. Sophie still has her room but it’s pretty much an empty crash zone with her dresser. And for all your grown-upness you guys still take baths together which is weird because there’s like 18 inches of water and you’re both on top of each other… but you’ll spend an hour in there just laughing like maniacs.

You’ve also taken up the piano and you’re really getting good. It was a rough start there because the first couple of lessons you kept going outside to play with Sophie while the teacher was trying to get you to sit down which was a bit bananas but still funny as hell. Ah and you now do hip-hop once a week which is hysterical yet oddly impressive how well you move for being your mother’s daughter.

One thing you’ve had to deal with over the years is that you’ve inherited a bit of my ADHD. It’s so hard because you are one of the smartest people I know but everything so easily distracts you that sometimes it discourages you when it comes to schoolwork. I have very bit of confidence that you will overcome this and it will make you stronger in the long run but it breaks my heart because I personally know how hard it is to stay focused. Although I write this to you to tell you that the progress you’ve made in the past year is amazing and I just know you’re going to keep crushing it. I’m so proud of you.

Anyway, that’s all I got for now. Your mother, me and Sophie love you so much and we’re so lucky to have you as our Hannah Pie. The kindness inside of you inspires me to be a better person and every day I still can’t believe I get to spend my life with you.

We love you so much,
Daddy