Frozen On Broadway: Reliving A Trauma 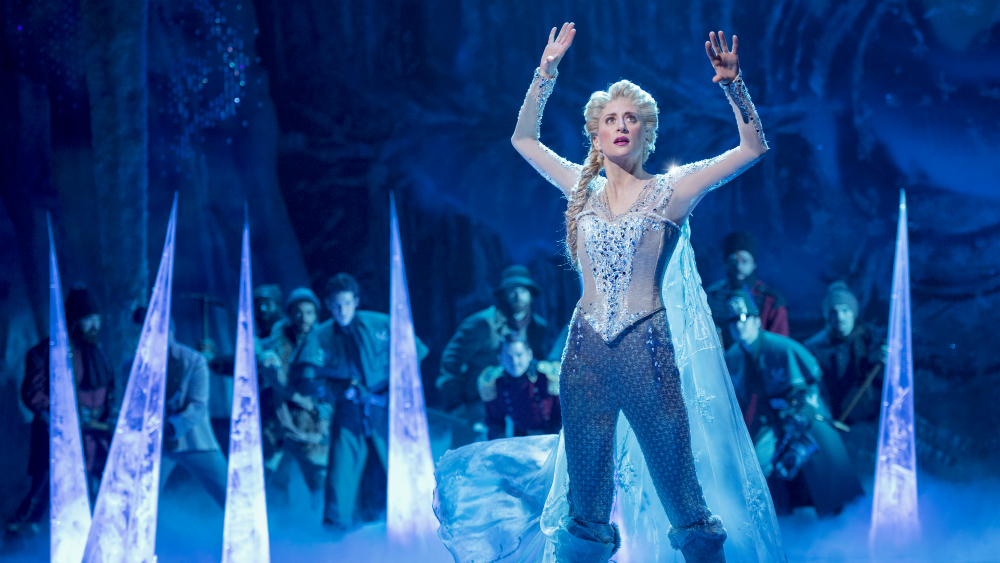 It’s been about a month since I was there but the memory of seeing Frozen on Broadway remains seared onto the retina of my soul in probably the worst way possible. This is a wound that cuts deep and goes back at the very least, five years.

In that time I have seen Frozen on DVD, Frozen on demand, Frozen on DVR, Frozen on the Disney Channel and of course ‘Frozen on Ice’. In all I would probably say that I have been to Arendelle a minimum of three hundred and forty two times in my life. I have also purchased every permutation of every Anna, Elsa and Olaf figurine doll in existence and littered my home with matching mugs, costumes, window clings, pillows, underwear, bed sheets, plate ware and sippy straws.

I tell you this not to impress you, but to commiserate with all those parents reading this that know exactly what I am talking about and to give you an idea what awaits you on Broadway and 44th street at the St. James Theatre. First off as insane as your daughters may sound, wanting to wear their Ana and Elsa dresses, let them do it, the whole place is literally filled with hundreds of kids in costumes and a bunch of adults as well. Second, apparently they make dolls of the entire cast that are different enough from the other thirty seven dolls you have at home, that your child is going to beg you for…give it to them…you have lost all control…stop pretending that you haven’t.

The actual show itself isn’t terrible. Thankfully they mixed up the music so that you will have a whole new set of songs to burrow into your skull for the next eight years. The art direction is superb and the use of projections and LED animations are really well done and create a formidable representation of frozen landscapes and atmospheres. As far as the acting goes, it’s Broadway so pretty much everything is overacted and every sentence is turned into a song. The dude running around with the puppet Olaf is pretty weak, but instead of even trying to fool you, they dressed the puppeteer up in an all white track suit and somehow found a guy that looks like Josh Gad to make up for it.

I fully intended on submitting a review of this theatric performance, however in full disclosure, I did end up creating a bit of an incident at the show.

I can’t believe I’m actually going to fess up to this, but here goes.

So before the performance begins there was an announcement that texting during the show was off limits to the audience. I really tried to obey this, but of course riddled with ADHD, it took all of fifteen minutes for me to start surfing my Facebook feed from the comfort of my iPhone nestled in my lap. I wasn’t texting in an overt manner but will cop to glacially swiping my news feed every couple of minutes. It was at this point that I hear somebody a couple of rows back yelling at me to put my phone away.

Feeling a bit rude for doing this I turned the screen off and went back to watching the show. I think I made it ten more minutes before I caved to glimpsing at my screen again. It was at this point that I suddenly feel something hitting me from behind. Apparently this guy two rows back was crumpling up pages from the playbill and hawking them at my head. It wasn’t until he hit me a second time that I processed that this was what was happening. I had actually even turned off my screen when the third wad of paper dinged me on the ear.

I don’t know what it was but something about this dude getting physical really brought about a visceral reaction from my inner Italian. Anyway, I stand up mid show to stare down my attacker and see what I’m up against. What I see before me is a middle aged man dressed like Teddy Ruxpin yelling boo and giving me the finger.

(I am going to stop you right here… this all actually happened.)

Ok so at this point, all I’m thinking is, how fast can I get back there, when suddenly I see my two daughters looking up at me and I realized holy crap, I’m a dad.

Of course while this was all happening, to make things even weirder, the show was midway through the chorus of “Let It Go”, so I’m thinking God (and Elsa) is telling me to just let it go.

So that’s what I did.

I kind of just sat back down in my seat and pretended none of that insanity actually happened and went back to watching the show with my wife and the nuggets. Somehow though, Jen was still pissed at me for standing up in the first place. This was, however, until the guy who looked like Sammy The Bull sitting directly behind us patted my shoulder and gave me props for not losing my cool. So there you go.

Besides, I would never have lived down, getting beaten up by a guy who looks like Teddy Ruxpin.